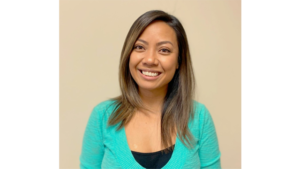 In this role, Ketevong will direct and oversee the process for certification and recertification, while also facilitating and implementing strategic goals for each certification program, including annual operational plans and three-to-five-year goals. She will confer with subject-matter experts for regular standards development and revisions, inspection programs, exam development, self-study materials and professional testing. Additionally, Ketevong will ensure that all TRSA certification programs comply with policies and procedures related to accreditation, and lead efforts to achieve status as an American National Standards Institute (ANSI) standards-development organization. Ketevong will report directly to TRSA President & CEO Joseph Ricci.

“I am excited to join the TRSA team and look forward to enhancing its certification programs and bringing more awareness of the need for cleaner, safer and more environmentally conscious facilities,” Ketevong said. “As we head out of this pandemic, we can change the world and make it safer – one organization at a time.”

Ketevong comes to TRSA with more than 15 years’ experience running credentialing programs, interacting with subject-matter experts and accrediting institutions, as well as managing events. Ketevong previously served as the director of certification services for the American Board for Certification in Orthotics, Prosthetics & Pedorthics (ABC). During her tenure at ABC, she rose from a program assistant to manager and ultimately director.

“Samlane brings experience and enthusiasm to this new role,” said Joseph Ricci, TRSA president and CEO. “She will work closely with Angela Freeman, director of certification, and the various stakeholders to develop strategic and marketing communications plans for each program. Samlane will also help TRSA pursue recognition as a standard development entity and work closely with our European counterparts Standards Working Group.”

Ketevong holds a bachelor’s degree in business management from George Mason University in Fairfax, VA. She also earned a credentialing specialist certificate from The Institute for Credentialing Excellence.

Receive the linen, uniform and facility services industry’s “primary source for news, trends and information” delivered directly to your inbox.